​​​​​Congratulations to all who ran processes continue to be the source of pride around the world!

One of the most amazing take-aways from this election is the record-breaking turnout.  Citizens from across this great nation took time, some standing for hours in line, to make their choice known. Together Frankfort especially congratulates Kentucky's Governor Andy Beshear and Kentucky's Secretary of State Michael G. Adams for implementing voting procedures which kept voter safe and health.  In Franklin County, we commend Franklin County Clerk Jeff Hancock and all his staff for their extraordinary work in processing mail-in ballots, in managing early in-person voting, and in conducting an efficient Nov. 3 General Election. Many thanks to each of you!​​

​​Together Frankfort - Our Mission

​Together Frankfort is a non-partisan, volunteer group of Kentuckians who seek to exercise and protect the principles embodied in our nation’s Constitution by being engaged and responsible participants in democracy.  We advocate for integrity and transparency in government and political actions, and fair and equal application of the law and civil rights for all people.

We support economic and social policies that ensure continuing opportunity for individuals and families. We are committed to our country and to the welfare of our fellow citizens regardless of political affiliation, and to solutions that cross partisan divides. Membership is open to all -- please sign up, participate, learn, act!​ 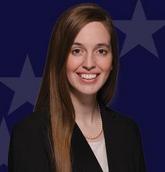 If at all possible, couple that declaration with a donation, of any amount, (click the red Donate button below) help with our programs. Thank you! 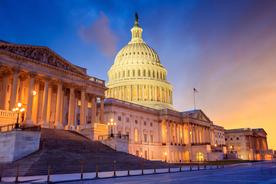 Across the nation on November 3, 2020, citizens voted for national, state and elected officials.  The results of the Presidential election kept many Americans on edge for days.  President-elect Joe Biden and his running mate, vice-presidential candidate Kamala Harris, were announced as the projected winners.  The title of President-elect is a descriptive phrase for the  projected winner until the national inaugural ceremong on January 20, 2021.  Until that time, the President-elect holds no powers nor authority within the federal government.

President Donald Trump, who has not conceded a loss in the Presidential election, remains in control of all presidential powers untill noon on January 20, 2020. The President is contesting the Nov. 3 election through lawsuits, claiming that vote-counting irregularities in several states where Biden won narrow pluralities & all their electoral votes, would reverse the result & hand him a second term.

Nonetheless, President-elect Biden is moving forward with a Transition Team and is announcing plans concerning handling of the COVID19 pandemic and other national matters. This short film discusses ideas for moving forward after the divisive election. 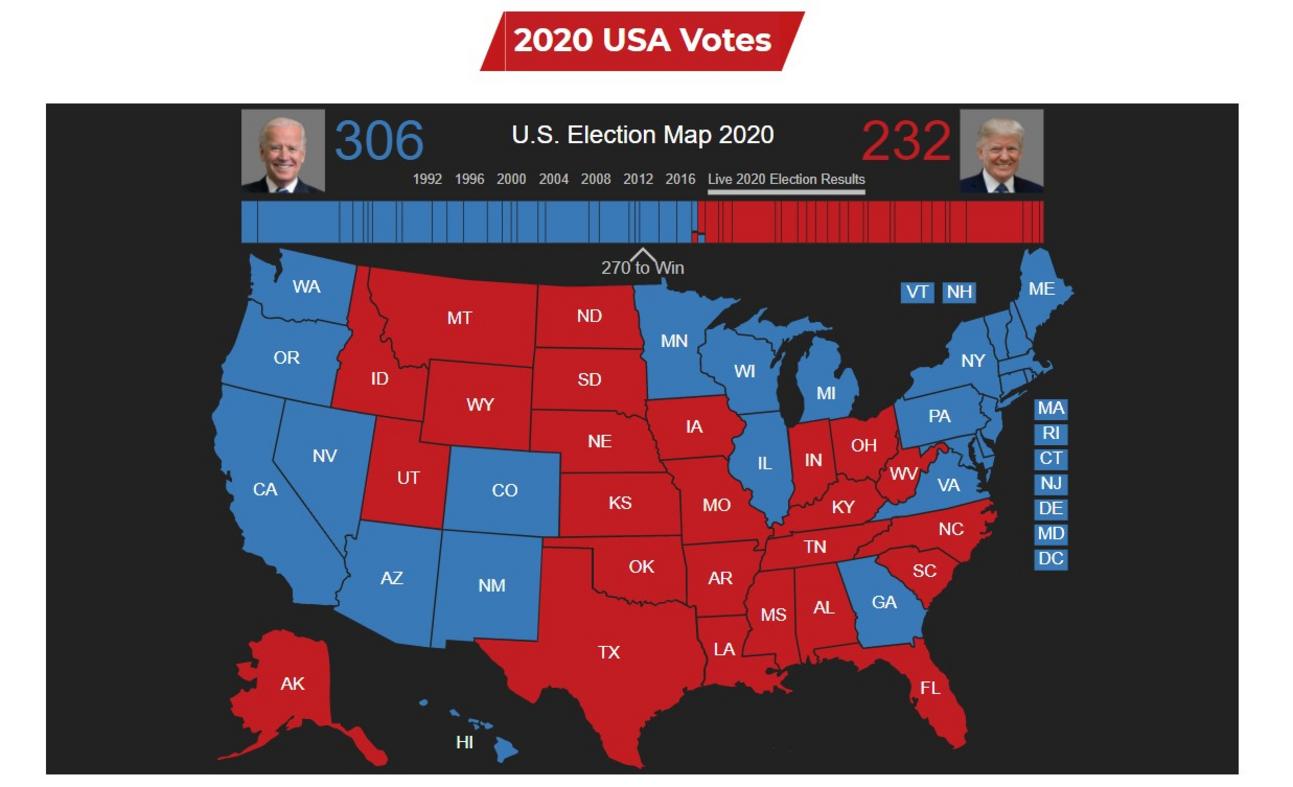 Click here for an interactive version of the map (below) of US states' election results, by state, since 1992. In each year, one can click on the map of each state to see voting results for that state.