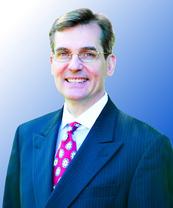 Standing with Charlottesville
Comments by the Honorable Bill May
Mayor, City ofFrankfort, Kentucky
Shared with the Frankfort community on

Mayor Bill May spoke to those assembled on Wednesday, August 16, 2017, condemning hate speech, language and violence. Mayor May, who has received Frankfort Chapter NAACP President's Award and the Kentucky Sheriffs' Association President's Award, re-emphasized his focus on public safety, an issue which has been part of his platform as Mayor.  He stressed that he is committed to making Frankfort one of the safest, most livable cities in America, where everyone has an equal opportunity for success.

May described that the City of Frankfort is part of the group of Compassionate Communities.

Mayor May discussed that during the process of working toward that designation, he had the incredible opportunity to meet with the Dali Lama. During that visit, His Holiness the 14th Dali Lama gave him hope and inspiration for compassion, as the Frankfort community was engaged in a heated debate about the proposed fairness ordinance.

Mayor May read a resolution condemning the hate speech and actions represented by the "United the Right" rally in Charlottesville. May indicated that he would introduce the resolution to the city commissioners' meeting on August 28 and encouraged those gathered to attend the meeting.