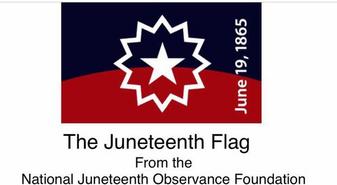 In 2011, a community group the South Frankfort neighborhood organized the "Juneteenth Family Fun in the Park!" at Dolly Graham City park on River Street. The weekend events included the following:

An original play performed on Friday night. "Blow ye the Trumpet Blow" a two act play written by Donna Phillips & Georgie Riddell, Commissioned by the Camp Nelson Foundation. An interview with author and performer Donna Phillips, by Lexington's Channel 36 Television, can be seen in the video to the right.

Synopsis: During The American Civil War, brave African-American men, women and children escaped to union camps for a chance at freedom. They were joined by the Pleasant Hill Singers, who performed "Music of the Black Shakers".

Juneteenth Family Fun in the park!! Dolly Graham Park, in Frankfort, KY, Juneteenth was celebrated from noon until dusk:  food, games, and crafts were available.  Music all day by local D.J's. Food Network's "Bar-B-Que Throw Down" Competitor, Wendell Thomas sold his prize winning B-B-Q!  Other activities during the celebration included a cake walk, and games with prizes for children.

Good old Fashion "Gospel Sing" Down by the Riverside.

In 2010, citizens in South Frankfort held the 1st Annual Juneteenth Celebration for Frankfort.

Who has celebrated Juneteenth in Frankfort, KY?​​

June 5 & June 19. Racial unrest around the nation touched the lives and hearts of many Frankfort youth.  Several of them got together and organized a Black Lives Matter rally on June 5 in Frankfort, that was attended by over 5,000 (according to estimates).  Moreover, the youth created an organization from the those working together to elevate issues of racism and inequity. (See photo above which identifies key organizers).

Later in October of 2020, Hannah Brown, with the local monthly publication, the FRANK. MAGAZINE, interviewed the organizers of the rally & discussed long term plans.  By that time, the group had formed a nonprofit organization, the For the People Coalition, with a Facebook page followed by over 1,000 people. Katima McMillan Smith-Willis, along with Nataleé Cleveland, Barbara Petty, Trish Freeman, discussed that they were fed up with the current racial tensions in the country. Following the rally, they worked hard to identify ways to educate others about racial issues. Barbara Petty assembled a pamphlet about Juneteenth & distributed it in the community.

“It gave information about Juneteenth — what it is and who it’s about,” Petty said. “In the last couple of months, I’ve done more reading and writing than I’ve done in a long time. It’s good because I have people charging me up in a way I have never been charged up before.”

During the interview with Brown, Cleveland emphasized that the work of For the People Coalition was not just the one-time rally event.

“This is not just a movement,” she said. “This is going to stick around. This is the future. The coalition is looking to educate wherever we can fit it in — to grow our movement.” Several of the coalition members have been involved in organizing Juneteenth programs in 2021 as well!​

are members of the

Josephine Sculpture Park (JSP), partnering with several community organizations, groups, and artists, provided a week-long celebration of Juneteenth to elevate the voices and the art of African-Americans and people of color. In the video at left, JSP founder Melanie VanHouten discusses the plans. The River City Drum Corp, shown at left, was one of many live performances elevating the  voices and arts.

On Friday of that week, as the week's culminating event, Focus on Race Relations: Frankfort (FORR)  & Sculpture Park (JSP) presented the Juneteenth Frankfort/Franklin County Round Table on Facebook Live.

Round table, which was moderated by F.O.R.R. founder, Ed Powe, included these participants:

• Katima McMillan — For The People Coalition

This year, we encourage individuals, families, churches, organizations, businesses, government officials to conduct your own Juneteenth event. Post them on this link so we can share the information with others!

This PBS/KET documentary provides a well researched and presented overview of the Eighth of August Emancipation Celebrations in Kentucky. Click HERE to see the full documentary. Start the YouTube video above, for a preview.

How does our community begin to address racial equity?​

Communities of formerly enslaved people celebrated freedom in a number of ways, prior to the holiday we now call Juneteenth. Especially in western Kentucky, August 8 was celebrated for decades as the recognition of freedom from slavery.

Freedom from slavery was celebrated by many other names: Freedom Day, Jubilee Day, Liberation Day, and Emancipation Day.

Emancipation Day, Freedom Day, August 8 Day  In 1866, the formerly enslaved people of Louisville and Lexington, Kentucky organized "Emancipation Day" celebrations. Through online research of historical newspapers, the Kentucky Historical Society's online resources, and others, documentation of either Emancipation Day celebrations and Eighth of August Days were publicized as being held in the following Kentucky towns.

This report (a pdf. file) contains newspaper articles of Proclamation Day Celebrations, 8th of August Celebrations, and Juneteenth events held in Kentucky since 1866.​​​​​ 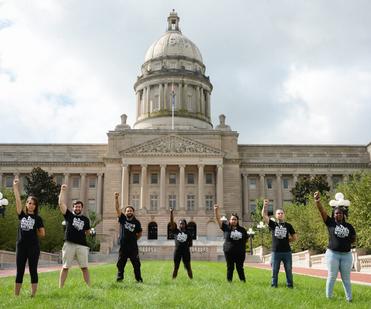