I (or my group) wants to help make Juneteenth a national holiday.

What can we do? 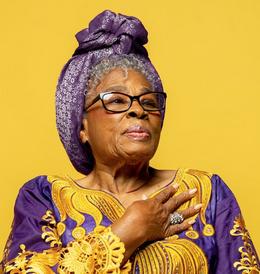 ​​​​​​​Activist Opal Lee has been known to go big for Juneteenth every year. This year, the celebration's getting even bigger.

Lee and nonprofit Unity Unlimited have announced a month-long celebration of Juneteenth, featuring a full slate of programming scheduled from June 4 – June 30.   Juneteenth itself is June 19, commemorating June 19, 1865, when slaves in Texas learned that they were free following the issuance of the Emancipation Proclamation.

Photo courtesy of Hookfin Enterprises, Inc. published in the Fort Worth Magazine, by Samantha Calimbahin, May 3, 2021;

Juneteenth should remind us of all the things we don’t know, Faith Freedom 2020, Mark Wingfield, June 19, 2020 writing in The Baptist News Global

But why is a middle-aged white guy like me writing about this historical travesty on this very Juneteenth — the anniversary of that day in 1865 when Union soldiers, led by Major General Gordon Granger, landed at Galveston with news of emancipation? I’m writing because it turns out that there’s a lot of news I have failed to learn, too.

Last year, while watching the hit HBO series “Watchmen,” I learned about the Tulsa Race Massacre of 1921. This historical event plays a pivotal role in setting up the TV series. As I watched the show, I remember thinking, “This sure looks like something that really happened; I wonder where and when it was.”​ . . . . .

How could I not have been taught about this?

Also just last year, I learned about the Katz Drug Store sit-in that took place in Oklahoma City in the summer of 1958. This nonviolent protest of segregation set off a sit-in movement that lasted for years. Even though I lived maybe 15 miles from the location of this sit-in, I might as well have lived halfway around the world. Another part of local history we were not taught.

This lack of education is easier to understand if you realize that the small-town school district I attended through fourth grade still practiced segregation — based on which side of the train tracks you lived.  . . . .

It is no wonder, then, that we white Americans assume things are better for our black and brown neighbors than they really are. Few of us know the full story, the real story. We have some facts to throw around, but we do not have knowledge.

This year, Juneteenth must not be a “black holiday.” If we are to find a way forward in our country, if we are to be authentic followers of Jesus, we must find the humility to admit that we don’t know nearly as much as we think we do. This year, Juneteenth must become a day for all of us to earnestly fill in the gaps of the stories we have not been taught. To fail to do so will leave us all in bondage.​

Why Juneteenth Should Be a National Holiday, published in The Witness, June 19, 2018

1.  Juneteenth is a way to highlight freedom. In recent days several cities have made high-profile initiatives to take down Confederate monuments. Mayor Mitch Landrieu of New Orleans made the bold decision to remove four statues honoring the Confederacy which defended slavery.

2. Emancipation is one of the most important events in U.S. history.

​3. Celebrating Juneteenth as a national holiday reminds us how far we’ve come and how far we have to go.

By Jemar Tisby:  Tisby is president of The Witness: A Black Christian Collective where he writes about race, religion, and culture. He is the co-host of the Pass The Mic podcast and a Ph.D. candidate in History at the University of Mississippi. Jemar is the author of The Color of Compromise: The Truth about the American Church’s Complicity in Racism. Follow him on Twitter @JemarTisby

​"African Americans were on the front lines of every war, from the Spanish-American War, throughout the Revolutionary War, the Civil War, both world wars, Vietnam," says Gwen Ragsdale, executive director of the Lest We Forget Slavery Museum in Philadelphia. "We have paid our dues with our blood and our toil, so America owes African Americans much more than they are willing to acknowledge."

It's Time to Make Juneteenth a National Holiday, by Jamaal Bowman, June 19, 2020, writing in The Nation

​​Marking the end of slavery with a federal holiday would be more than a symbolic gesture. It would provide space for growth as a nation. Today, we live in a nation where people at the top of our democracy and economy continue to divide and conquer the American people by pitting us against one another on the basis of our identity. People of color are both exploited and made to shoulder the blame for our own suffering. When people of African descent are more likely to live in poverty, to be killed by the police, to be incarcerated, and to live in areas where housing has been neglected, that is seen by the majority of white people as our own fault.

For the same reason, too many white Americans feel that any government program must benefit an undeserving “Other.” This is why many working and middle-class white Americans support race-baiting politicians who want to cut taxes on the rich and defund public programs that serve millions of white people too.

Until white America understands the ways in which the exploitation of black people in this country has impacted all of us, none of us will be free. We’ll continue to have underfunded schools, a broken health care system, crumbling infrastructure, and skyrocketing costs of child care and education. We’ll continue to be too divided to take on those who exploit all of us in one way or another.

Only by acknowledging its ugly past can a nation begin to heal itself. . . . Many American students graduate high school without ever learning the true horrors of American chattel slavery: the fact that slaves were viciously beaten and often lynched if they ever tried to escape; that parents, children, and partners could be separated and never seen again; that slaves weren’t allowed to read and write; and the unique horrors that black women endured, including medical experimentation and rape.

Making Juneteenth a national holiday would be just one step, albeit a significant one, in a larger effort to root out the racism that’s been part of this country since the very beginning. . . .
It’s time for us to complete the work of Reconstruction and give birth to a new America that belongs to all of us. That’s why this week, my campaign released our #ReconstructionAgenda. Our policy plan asks America to do three things:

First, America must reconcile with our history by establishing a National Truth and Reconciliation Commission, modeled on the transitional justice approach in Germany, South Africa, and Rwanda. The commission would work to foster a national conversation on our government’s history of racial discrimination and oppression, and establish national memorials and curriculum standards to remind Americans of our history—a goal that making Juneteenth a national holiday would help further. . . .

Second, America must get off our necks by shifting funding and resources from police departments, jails, and prisons to new agencies designed to protect public health. We can dramatically reduce our jail and prison population by ending the school-to-prison pipeline, lengthy sentencing and mandatory minimums, cash bail, and the war on drugs. And we can shift funding from police departments to health care, wellness, trauma centers, drug and alcohol treatment, peer support networks, and restorative justice programs. We can have fewer cops—replacing them with crisis care units of violence interrupters, social workers, and mental health professionals.

Finally, America must let us breathe. All of us will be better-off in an America that values black lives. The people who control our economy benefit from and exploit racism to keep people divided against each other. If all of our lives were valued, we could have economic and social programs that take basic human needs off the private, corporate market and invest in every single person who calls this nation their home. When we all do better, we all do better.

The bottom line is that we can’t move forward as a nation until we come to terms with our past. Recognizing Juneteenth on a federal level would be a major step toward acknowledging the sins of our history, and toward building a genuine multiracial democracy where all of us are finally, truly free.

Opal Lee, a 94 year old Texan, launched a campaign to walk from her home in Fort Worth to Washington D. C., building support for her goal to make Juneteenth a national holiday, established through federal law.  Over 1.5 million people have signed to date - sign it & share it with others in your organization. Visit her organization's website & sign up for updates.

​2.  Learn about the proposed national legislation and the organizations working to support making Juneteenth a national holiday.

Some of these are (click on the links to learn more & to participate in their work):

~ National Association for the Advancement of Colored People

3.  Learn about the companies or businesses have endorsed making Juneteenth a national, paid leave, holiday.

4.  Be informed about the companies or businesses which give employees the day off for Juneteenth. Do local branches of these businesses ensure that their employees follow this policy? (Click the link to read company statements on Juneteenth.)

-  The 19th, a Texas based nonprofit newsroom

Here's a link to create a request for you to ask your company to make Juneteenth a paid holiday for employees.

5.  What can we do here in Frankfort to promote Juneteenth as a national holiday?

~ Ask the City of Frankfort to enact a resolution requesting Kentucky's members of Congress to declare Juneteenth a national holiday. Click here to connect with the Frankfort Mayor Wilkinson and the members of the Board of Commissioners. Click here to download a sample proposal to the city leaders.

"I request that the City of Frankfort enact a resolution, at its next regular meeting, urging Kentucky's members of Congress, to support the Juneteenth National Independence Day Act, legislation to make Juneteenth a federal holiday.

“Juneteenth”, observed on June 19, commemorates the end of slavery in the United States and is also known as “Emancipation Day”, “Jubilee Day”, and “Juneteenth Independence Day”. On June 19, 1865, in Galveston, Texas, Major General Gordon Granger issued General Order No. 3, which announced that, in accordance with the Emancipation Proclamation, “all slaves are free”.

This bill, H.R.7232, has been introduced in the House of Representatives, by Rep. Sheila Jackson Lee."​​