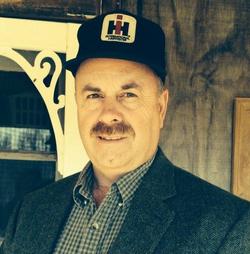 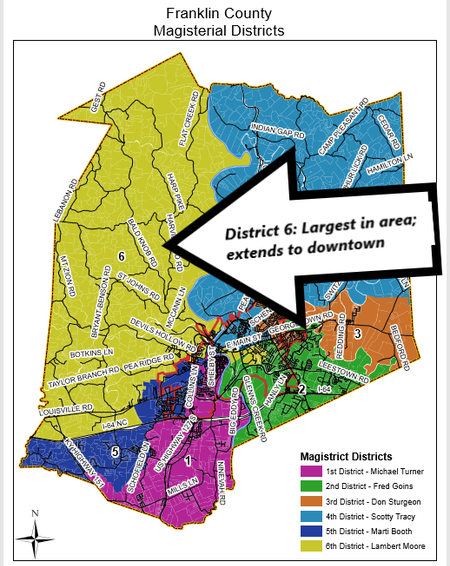 DEMOCRAT:  Four democrats competed in the May 22 primary election, with the incumbent, Lambert Moore, winning the election for Democratic candidate

REPUBLICAN:  There was one candidate, Chris Wright, in the primary. Wright  will be on the ballot with Lambert Moore in the November election. 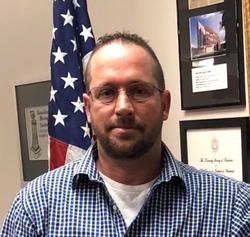 As shown in the map, left, below, the district includes the farthest northern parts of the county. The map at the bottom shows the portion of Magistrate District 6 which includes the city of Frankfort, taking in residential areas off East Main Street. 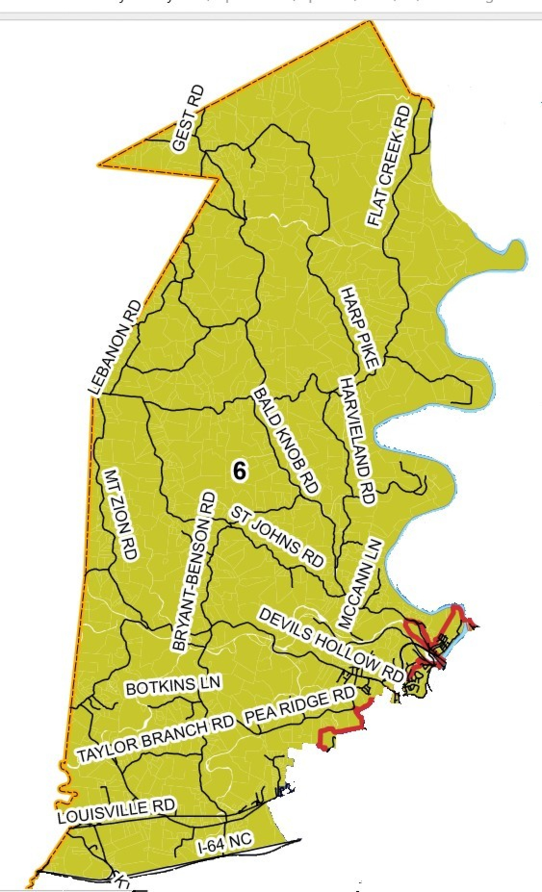 The map above shows the portion of Magistrate District 6 which includes portions of the city, in Bellpoint, and extends west past Glenn's Creek Road to include Martin Luther King Boulevard and neighborhoods near Kentucky State University.