Duties of the Coroner

Qualifications.  The coroner must:

The constitution also requires the coroner to take an oath of office (Ky. Const., sec. 228; KRS 72.010) and execute bond insuring the proper discharge of duties (Ky. Const., sec. 103; KRS 72.010). Premiums on the bond of the coroner may be paid from county funds when appropriated by the fiscal court. The bond must be in a minimum amount of $10,000 (KRS 72.010). A coroner must possess a current certificate of continuing education in order to perform a postmortem examination (KRS 72.405).

Vacancy. If Franklin County has a vacancy in the office of coroner, the county judge/executive must appoint a person to flil the position. Section 152 of Kentucky's constitution governs the length of the appointment, which will be until the successor is elected (KRS 63.220).

Powers & Duties. Coroners & their deputies have the full power & authority of peace officers, including:

In performing investigations, the coroner or a deputy may enter public or private property; seize evidence; interrogate persons; and require the production of medical records, documents, or evidence. The coroner may impound vehicles involved in fatal accidents. The coroner may employ special investigators and photographers in making an investigation and expend funds in carrying out official duties (KRS 72.415).

More information about the role of coroner in county government, the training and continuing education programs, and other aspects of this elected office can be found at: 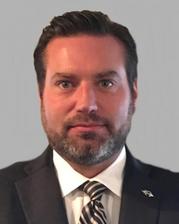 Candidates for the Office of Franklin County Coroner

Democrat: The incumbent county coroner, Will Harrod, was the only candidate to file for the office of Franklin County Coroner. He will run unopposed in both the primary and general election.

Republican: No Republican candidates filed to run for the office of coroner.