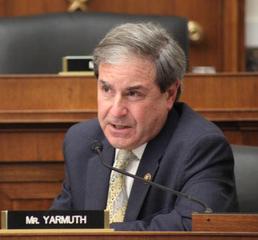 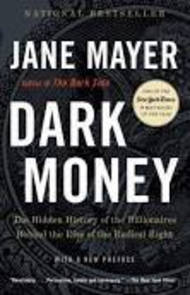 Together Frankfort's May 2017 Activities

Rep. Yarmuth has spoken and acted on his concerns about this growing trend, which increased exponentially after the U.S. Supreme Court ruling on "Citizens United."  In 2011, Congressman John Yarmuth (Ky-03) introduced a Constitutional amendment to get money out of politics by overturning a key provision of the Supreme Court’s Citizens United decision, which opened the floodgates for special-interest influence on elections and in Washington.

Together Frankfort May Meeting

During Together Frankfort 's May meeting, participants discussed the book, Dark Money, at Paul Sawyier Public Library, in Frankfort KY. This book discussion initiated our long-term educational work on the role of dark money  in influencing all elections and the need for reform. The community was encouraged to read the book in advance, but to attend, even if they had not. (Click on the links to learn more about this event.)

Together Frankfort recommended that, for those interested in reading the book, check out a copy at the library. To purchase a copy, participants were encouraged to shop Downtown Frankfort Poor Richard's Bookstore, mention the Together Frankfort Book Study, and receive their generous 15% discount.

Together Frankfort was extremely pleased by the support and partnership with Poor Richard's Bookstore and the Paul Sawyier Public Library in helping make books available to interested citizens.  Many thanks to Mary Lynn Collins for her work on this, as well as to Capital Living & Frankfort State Journal which helped publicize our meeting.

Along with Together We Will Bluegrass, Indivisible Bluegrass, Our Revolution Central Kentucky &  KY-NOW), we invited area activists to share stories. Speakers included:

We were honored to spend time socializing and visiting other local organizations to learn more about the great things they're doing! Together Frankfort, and all these grassroots groups, understand the importance of coalition-building. We saw this as a first step in our goal of becoming a formidable, unified force in central Kentucky and beyond.