Together Frankfort sent questionnaires to all candidates for Franklin County Fiscal Court magistrate positions.  Of the six magisterial districts, two are "contested" races, meaning that a candidate from both the Democratic & Republican parties are running.

Candidate Sherry Sebastian, an incumbent, won the May 2022 primary for the Democratic candidate from Franklin County Magisterial District 1.

She has no opposition in the General Election on November 8.

What Did Candidate Sherry Sebastian Tell Us?

How did the candidates reply to the questions? Together Frankfort asked questions concerning the six (6) issue areas below:

Questions from Together Frankfort are in purple text; candidates' response are in black.​

~~ Together Frankfort: Quality of Life for All Citizens ~~

Together Frankfort: What proposals would you make to improve the quality of life for the citizens of Frankfort and Franklin County?

Candidate Sherry Sebastian:  Economic and workforce development are most assuredly multi-faceted.    As you may be aware, I authored a document that covered a variety of interrelated topics entitled Conversation Starters for Progress in Franklin County in late 2020. My thoughts and ideas in this regard are covered within these writings.  This document is available publicly on:

I am also attaching it for your information as well.  (Click the link to download this PDF file.)

Together Frankfort: Describe your vision for sustainable economic growth in Franklin County.

Candidate Sherry Sebastian:  In addition to ideas covered in my Conversation Starters for Progress in Franklin County, the Franklin County Fiscal Court has embarked on an exciting expansion of programs and offerings at Lakeview Park that were identified through multiple community stakeholder meetings and the results from individual surveys, totaling over 1,200 Franklin County residents.

An indoor, multi-purpose facility, multi-sport, turf fields, inclusive playgrounds, outdoor exercise facilities, and improving existing amenities such as the Lakeview Springs Driving range, pickleball courts, pavilions, walking trails and softball complex were identified, among others.  During this process, an indoor aquatic facility was also identified as a community need.  Certainly, with the closure of the Frankfort YMCA pools and with the Kentucky State University pool closure, it is assuredly so.

An environmental summary report, included in the Lakeview Park Master Plan, noted that Lakeview Park is known to have karst features and sinkholes and that “further soil bearings and testings should be taken before any impacts to this area is made to fully understand the hazard.  Any infrastructure proposed… will need to be aware of this obstacle and take all precautions necessary.” Collaboration among governments, school systems, Kentucky State University and community organizations will be important to discuss all facets of an indoor aquatic center and bring this to fruition.

Together Frankfort: What could our community do to address climate change?

Candidate Sherry Sebastian:  California recently passed rules that will ban the sale of new gas-powered vehicle engines by 2035.  A number of other states, including Washington, Oregon, Vermont, Massachusetts, and New York are considering a similar ban.  These are significant steps toward affecting climate change.   As more states move toward the reduction in their reliance on fossil fuels, Kentucky can benefit through recent investments in this field.

In September 2021, Frankfort hosted a national announcement from Ford Motor Company that Kentucky would receive an almost $6 billion investment, in a joint venture between Ford and SK Innovation, to build twin electric battery plants in Hardin County.   Almost a year later, ground has been broken in Hardin County so that construction can begin soon.  Smaller steps are afoot in Franklin County, according to PlugShare, as there are 14 public charging stations throughout Frankfort.  Adding additional charging stations across Franklin County will continue to move our community in that direction.

On another front, Franklin County government has included the cost for solid waste collection in the unincorporated areas of the county in its annual budget since 1988.   Having this in place has reduced the number of unauthorized and illegal dumping grounds throughout Franklin County, bringing about a number of positive environmental impacts – regulated waste disposal, reducing continuous cleanup efforts at taxpayer expense, adding recycling of various materials to keep them from landfills, etc.

Franklin County has as empaneled a Solid Waste Task Force for decades to look into proactive waste and recycling efforts.  The county’s solid waste contract is nearing its term with its current provider so all options will be under review as we look for ways to improve household collection and recycling.

Together Frankfort: What are your priorities for Planning and Zoning?

Candidate Sherry Sebastian:  Franklin County’s Comprehensive Plan update is in process.  The Franklin County Fiscal Court initiated, supported and sought city collaboration to also update community-wide zoning ordinances in concert with the ongoing Comprehensive Plan update.  Having these two critical elements proceed together will strengthen existing and future land use in our community.

Together Frankfort: In what circumstances would you support using Tax Increment Financing (TIF)?

Together Frankfort: Voting - Only 33% of eligible Franklin County voters participated in the last election and that was considered a good turnout. What do you think can be done to increase voter turnout and engagement?

Candidate Sherry Sebastian:  Voter registration drives can add more individuals of all ages to voter rolls, while encouraging those turning 18 and college students to register can start young adults on a path to being more invested in their communities and becoming recurring voters. In that vein, higher voter turnout can ensure that all segments of the population have a voice in choosing their representatives, sharing their position on ordinances that will impact their daily lives, etc.  The perils of low voter turn out mean that a small segment of voters, who could be voting on a singular position of a candidate, determines the leadership for 100 percent of the population.

Learning more about the candidates, their positions on current issues, their knowledge about the office for which they are running, and their awareness of current affairs helps inform the voters.  There have been three long-standing opportunities for voters to become informed in Franklin County.

The Frankfort Plant Board (FPB) has hosted and taped Meet the Candidates segments, airing those frequently prior to each election, as well as recently posting them on the FPB YouTube Channel for anytime viewing.  In this format, candidates are interviewed individually and asked the same series of questions.

The Frankfort Area Chamber of Commerce has hosted candidate forums where candidates for each respective office are empaneled together and asked the same series of questions in a timed, public format so that the community can readily distinguish similarities and differences between them.

The State Journal has submitted a series of questions to each candidate and asked for responses in writing. The responses have been published so that readers may also understand any distinctions or similarities between the candidates.  Interest groups such as DIG, FORR, Together Frankfort and neighborhood associations are also now hosting forums, asking questions that are aligned with the focus of the organization.

Second, Franklin County is also fortunate to have multiple ways to make your voice heard in the 2022 General Election.  There are three early voting locations:

Voters registered to vote in Franklin County may vote at any of these locations, adding a level of convenience for the individual.  Should you not be registered to vote, you may do so through October 11, 2022.

Candidate Sherry Sebastian:   Contributors and the amounts they have given to my campaigns are filed through official reports with the Kentucky Registry of Election Finance.  I have accepted no funds from political action committees for any of my campaigns.

Together Frankfort: What is your opinion about election security in Franklin County?

Candidate Sherry Sebastian: Franklin County has put measures in place to ensure increased voter access.  First, Franklin County invested in new voting equipment that was put into place during the 2022 Primary Election, allowing voters to have recent familiarity with this equipment.   This equipment is state of the art, secure and ADA compliant.

Together Frankfort: What specific measures do you believe could reduce gun violence in Kentucky and if elected, what would you do to make sure those measures are put in place?

Together Frankfort: Suicides account for 66% of all gun deaths in Kentucky. Do you have proposals that would reduce those deaths?

Together Frankfort: The federal government has just passed legislation that would send money to Kentucky for gun violence prevention--specifically for enacting a red flag law or something similar. How would you propose to spend that money to prevent gun violence in our commonwealth?

Together Frankfort: What is your position on Dark Money?

Candidate Sherry Sebastian:   Contributors and the amounts they have given to my campaigns are filed through official reports with the Kentucky Registry of Election Finance.  I have accepted no funds from political action committees for any of my campaigns.

Together Frankfort: What is your position on reproductive health care for women and Constitutional Amendment #2?

Candidate Sherry Sebastian:  As phrased and if passed, Amendment 2 on the ballot during Kentucky’s 2022 General Election would block the right to abortion for any reason, including incest, rape and life of the mother. This eliminates informed decision making, and I am a proponent of informed decision making in all things.  A woman should have an absolute right to choose what happens to her body after a pregnancy occurs against her will, and in many instances, she may be advised by medical professionals that a full-term pregnancy would be perilous to her own medical health and safety.

​
Together Frankfort: What is your position on expanding mental health care in Franklin County?

Together Frankfort: Would you, if elected, tackle our affordable housing crisis by supporting a city/county ordinance that adopts the Uniform Residential Landlord Tenant Act (URLTA) to define the rights of renting citizens and families and landlords, and follow the lead of other towns and cities by adopting regulations on Airbnb and other short-term rentals?

Candidate Sherry Sebastian:  The Franklin County Fiscal Court and City of Frankfort have funded a professional firm to seek community input as its updates the Frankfort/Franklin County Comprehensive Plan and community wide zoning codes.  This process presents an unprecedented opportunity to seek out and include public input regarding regulations on affordable housing and Airbnbs throughout the community by a contracted, professional firm with staff who have education, training and experience in these areas.

Thank you, Candidate Sherry Sebastian, for responding to Together Frankfort's questionnaire.  For readers interested in discussing these issues further with Sherry Sebastian, her contact information can be found by clicking here.​ 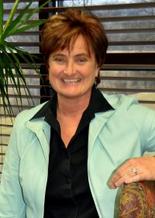 ​Candidate Responses to Together Frankfort's Questionnaire