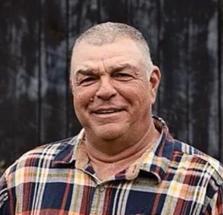 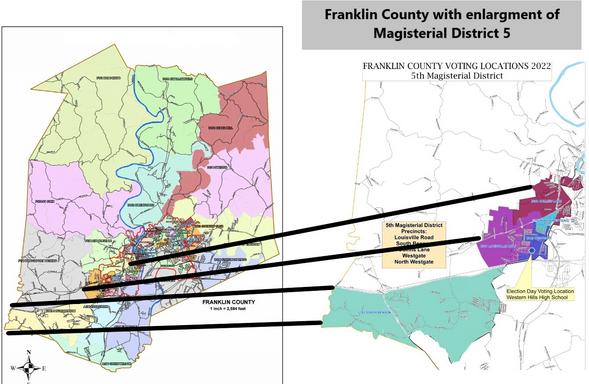 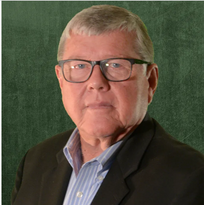 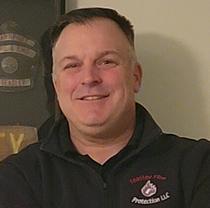 The map of Franklin county, below, shows all 44 voting precincts. These precincts are grouped to form six (6) magisterial districts, which are required by law to include a population similar in number, in each district. District 5 (click here for a more detailed map of District 5) is made up of five (5) precincts: Collins Lane, Louisville Road, North Westgate, South Benson, and Westgate.  Voters in each of the six (6) magisterial districts elect one candidate to represent the district on the Franklin County Fiscal Court. The county's governing body, the Fiscal Court, also includes the County Judge Executive, who is elected by all voters in the county.

Democrat: Three candidates filed for the office of District 3 magistrate: Hank Schweickart; Richard Tanner; and, Joe Teasley.    The winner of the May 17, 2022 Democratic primary will advance to the November General Election, without opposition.

Republican: No Republican filed to run for Magistrate District 5.