The map of Franklin County, in the left portion of the graphic below, shows all Franklin County and the 44 voting precincts. These precincts are grouped to form six (6) magisterial districts, which are required by law to include a population similar in number, in each district. District 4 (click here for a more detailed map of District 4) is made up of nine (9) precincts, which are shown in various colors in the enlarged section to the right of the graphic below.

Franklin County Magistrate District four is enlarged, on the right portion of the graphic below: Crestwood, Fairview, Gaines-Holmes, Glenwood, Owenton Road, Peaks Mill, Swallowfield, Switzer, and Thornhill. District 4's western border is formed by the Kentucky River; the eastern portion borders Scott County, while the northern part of District 4 borders Owen County. The southernmost part of District 4 stretches into the city of Frankfort and includes precincts around Kentucky State University, the community of Thornhill, and the Holmes street area. 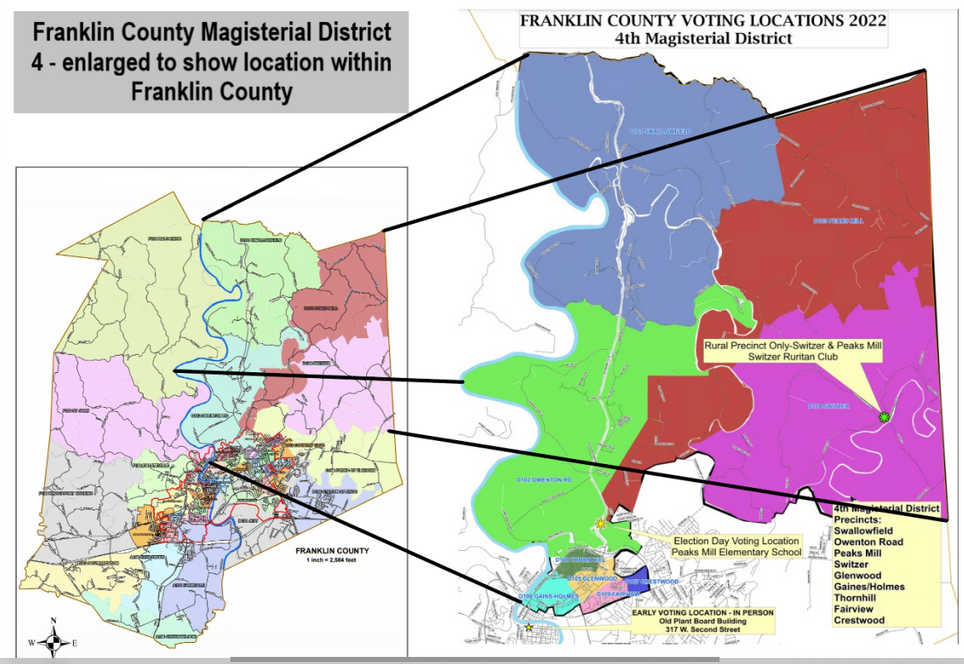 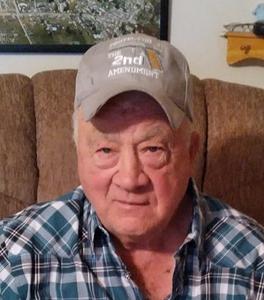 Candidates Speak Up!
We Are Profoundly Disappointed that Magistrate-Tracy Did Not Reply and Speak Up!

District 3 Magistrate - Neither Magistrate Tracy nor his opponent, Darryl Sanderson, responded to the questionnaire. (Responses from other candidates can be found here, or on the page for each Fiscal Court District election.)
We also sent questionnaires to candidates for the following offices which represent Franklin County in the Kentucky General Assembly:
KY House District 56      KY House District 57   KY Senate District 20

We are sincerely appreciative to the candidates who provided thoughtful responses, creative ideas, and timely information.  Please review their ideas .

The page provides information about Kentucky's (USA) Franklin County Magisterial District 4, including the district itself and those candidates who were elected to represent the district. Magisterial districts are represented by "Justices of the Peace" or more commonly known as "Magistrates."

The position of magistrate is a partisan office, meaning that candidates must declare the political party for which they seek to be elected to represent. Voters in each district of the six (6) magisterial districts elect one candidate to represent the district on the Franklin County Fiscal Court, the governing body for the county, along with the County Judge Executive.

Candidate *Scotty Tracy, a Democrat, currently holds the office of Magistrate for Franklin County District 4. No other Democrat filed to contest the race, thus he had no opposition in the May Primary Election. In the Kentucky General Election held on November 8, 2022, Tracy ran against the Republican challenger, Darrell Sanderson (R), a manager in the Kentucky Department of Transportion, who graduated from Frankfort High and Kentucky State University. Following the vote count, Tracy claimed 1,614 votes (60%) to Sanderson's 1,080 (40%). Tracy will serve a four year term representing District 4.​ 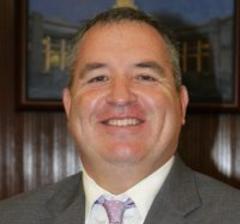 Where is Franklin County Magistrate District 4?