Two Democrats, Matt Green and Jeffrey Alan Sizemore, filed to run for the office of District 3 Constable in the May 22 Primary (more information about the May 17, 2022 Primary Election can be found here).  The winner was Jeffrey Alan Sizemore, with 52.99% of the vote (according to unofficial results from the Franklin County Clerk's office). Because no Republican candidate filed for the office, Sizemore will be unopposed on the November 2022 General Election Ballot. 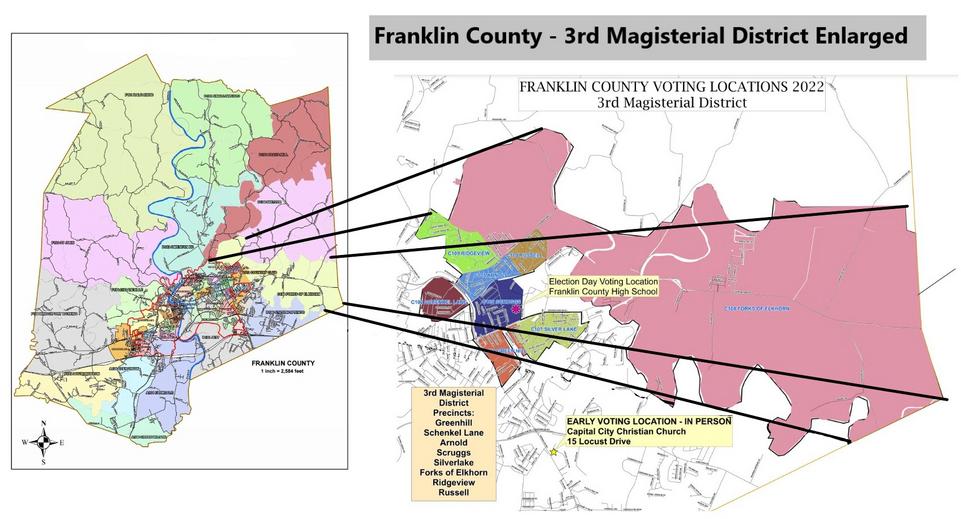 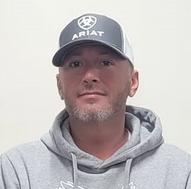 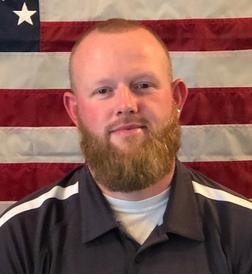 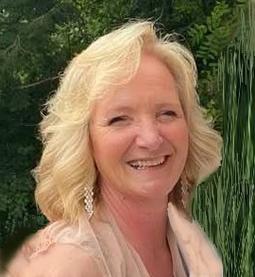 The page provides information about Franklin County's Magisterial District 3. Magisterial districts are represented by "Justices of the Peace" or more commonly known as "Magistrates." The position is a partisan office, meaning that candidates must declare the political party for which they seek to be elected to represent. If more than one candidate from each political party files for the office, a Primary Election is held to determine who will represent that party for the General Election, in November. During the General Election, voters in each district select one candidate of their choice (Democrat or Republican) to represent the district on the Franklin County Fiscal Court, the county's governing body, along with the County Judge Executive.

REPUBLICAN:  The Republican candidate, Greg Grimes, was unopposed on the May Primary ballot.

General Election November 8, 2022: Kelly Dycus, who won the Democratic Primary in May, will compete against Greg Grimes, the Republican, who had no opposition in the May Primary Election. ​​​