In Texas, slavery had continued as the state experienced no large-scale

Many enslavers from outside the Texas had moved there,

as they viewed it as a safe haven for slavery.

After the war came to a close in the spring of 1865, General Granger’s

arrival in Galveston that June signaled freedom for Texas’s 250,000

for everyone—in some cases, enslavers withheld the information

until after harvest season—celebrations broke out among newly freed

Black people, and Juneteenth was born.

Does the Juneteenth holiday have historic connections to Kentucky?

Kentucky's connections to Juneteenth have grown over time, complicated by the state's historical divisions over enslavement.  In fact, the state did not officially participate in the Civil War, even though enslaved people were brought to the state and remained enslaved.  Most citizens believe that the issuing of the Emancipation Proclamation on January 1, 1863 legally ended slavery; however, the proclamation only applied to states which seceded from the Union and did not apply to Kentucky.

By the time the Thirteenth Amendment was ratified in December, 1865, only nine states, Kentucky among them, still clung to the institution of slavery. Illustrative of Kentucky's inconsistent and divided views on enslavement, in 1833 Kentucky had, in fact, passed legislation prohibiting the importation of African slaves into the state for resale south. Some argue that this law, one of the most strict in the nation, was greatly ignored and not enforced.

declared that any slave joining the Union Army would be given freedom.

bondage did not end for approximately 225,000 Kentucky slaves.

The Kentucky General Assembly rejected the ratification of the Thirteenth Amendment,

over 110 years since its enactment. One of 3 African American members

of the Kentucky House, Rep. Mae Street Kidd introduced and worked to pass the ratification.

Communities of formerly enslaved people celebrated freedom in a number of ways,

prior to the holiday we now call Juneteenth. Especially in western Kentucky,

August 8 was celebrated for decades as the recognition of freedom from slavery.

Freedom from slavery was celebrated by many other names:

Emancipation Day, Freedom Day, August 8 Day As other states began to commemorate the freedom of all citizens, including formerly enslaved people, communities throughout the Commonwealth followed suit. In 2005, Kentucky's Legislative Research Commission documented that  "Emancipation Day" was celebrated in Kentucky cities such as:

In fact, these and other communities have records, some dating back to 1868, of "Emancipation Day" celebrations, "August 8 Days," or other public recognition of lifting the bondage of slavery.  Although the "August 8 Celebrations" reflected the significant recognition of a turning point for formerly enslaved people, the date did not correspond to Granger's announcement in Texas.  Nonetheless, communities, especially in Western Kentucky and Tennessee formulated holidays celebrating freedom from enslavement in August.

​On January 10, 1876, Granger, the leader whose Texas announcement initiated Juneteenth celebrations, died in Santa Fe, New Mexico, where he was serving in command of the District of New Mexico.  Granger is buried at Lexington Cemetery in Kentucky. Click on this link to read more about Granger and how this Union Army General came to be connected with Kentucky and why his body was returned to Lexington as his final resting place.

Where has Juneteenth been celebrated in Kentucky?

Lynch, KY (Harlan County, KY) Kentucky author William H. Turner, PhD  posted: "August 8 was celebrated throughout my youth, up until the early 1970s when the black population had dispersed; the schools integrated, the gatekeepers of such traditions having passed on. The August 8th Celebration was led by men and women of the Masonic lodges & Eastern Star, centered in two churches, mainly, Goode Temple AMEZ and Mt. Sinai. People came from nearby Benham, Cumberland, and Harlan."

Northern Kentucky families living near Cincinnati have joined in that city's Juneteenth celebrations since 1986, with an annual festival beginning in 1988.

(hosted by Actors Theatre in Louisville).

The troupe's mission was "To entertain, to educate, to enrich and

to empower communities through the telling of stories about the

Hopkinsville, KY; June 2020. Juneteenth Day was recognized as a holiday for the first time ever in Hopkinsville and Christian County in June 2020.

Midway, KY; June 2020; Mayor Grayson Vandegrift issued an executive order establishing Juneteenth as an official holiday in the City of Midway. All city offices will be closed each June 19; city employees will have a paid holiday in observance.

Who has celebrated Juneteenth in Frankfort, KY?

In 2010, citizens in South Frankfort held the 1st Annual Juneteenth Celebration for Frankfort.  Later in 2011, the group again organized the "Juneteenth Family Fun in the park!" at Dolly Graham City park on River Street.

Our family wants to celebrate Juneteenth.

What are some ways we could do that?

Ways to Celebrate Juneteenth As a Family .

~  Juneteenth for Mazie by Floyd Cooper
~  All Different Now: Juneteenth, the First Day of Freedom by Angela Johnson
~  Juneteenth (On My Own Holidays (Paperback)) by Drew Nelson

Visit Frankfort's two of the 43 sites on Kentucky's Slavery & Emancipation History Tour. (Did you know that Kentucky has a trail commemorating the history of emancipation?)

​2.  The Frankfort Barracks. The Frankfort Barracks (built 1871) in south Frankfort on Shelby Street, were constructed by local master mason Alexander Brawner & leased to the US military from 1871 - 1876.The atrocities that were committed against freedmen & freedwomen of Kentucky during the reconstruction era were readily documented by the Freedmen’s Bureau. Incidents including the stabbing of former United States Colored Troops soldier George Mukes after he attended an African American political meeting in Frankfort in 1872 were all too common, especially after black men obtained the right to vote.

​Camp Nelson is the site of the former Union army recruiting and training depot which provided the Union army with over 10,000 African-American soldiers, making it the third largest recruiting and training depot for African Americans in the nation. Eight African-American army regiments, known as U.S. Colored Troops (USCT), were organized at Camp Nelson and five additional USCT regiments were stationed there. Reverend John Fee, the founder of Berea College, came to Camp Nelson in 1864 to teach and minister to the refugees at Camp Nelson.

​​Learn about African American history in Kentucky and the Louisville area at Roots 101:

history in Kentucky, through their website. Learn more in the video to the right.

history and linkages between African American music and Kentucky.

Our church is interested in celebrating Juneteenth. What are some resources for churches?

Ways to Celebrate Juneteenth As an Organization.

Our family wants to celebrate Juneteenth. What are some ways we could do that?


Ways to Celebrate Juneteenth As an Organization.

I'm interested in taking action to recognize Juneteenth officially, as a local, state or national holiday.  What are some actions that I could take?

~ Locally in Frankfort and Franklin County ~

~ Contact Frankfort's Mayor and city commissioners and ask that Juneteenth be declared an official holiday in Frankfort. Click on the official's name to send a message directly to that official or phone the number listed by each name:

~ Other Options which city officials could take:

~ Urge the city to support national legislation: Would he/she would introduce a resolution, which the city commission could enact, urging our Members of Congress to support legislation which has been proposed to make Juneteenth a national, federally recognized holiday? These are: S. 4019 (116th): Juneteenth National Independence Day Act & H.R. 7232, also titled Juneteenth National Independence Day Act

Contact Franklin County officials (Judge Executive & Magistrates) and ask that Juneteenth be declared an official holiday in Franklin County. Click on the official's name to send a message directly to that official or phone the number listed by each name:

I'm interested in joining with others who are taking action. What are some of the local and statewide groups that have made a decision to take actions regarding Juneteenth as an official state or national holiday? 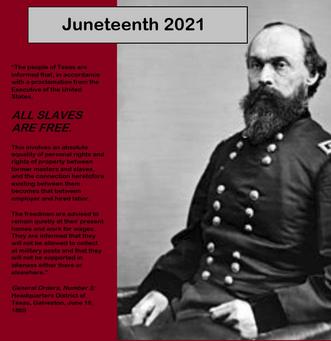