Communities of formerly enslaved people celebrated freedom in a number of ways, prior to the holiday we now call Juneteenth. Especially in western Kentucky, August 8 was celebrated for decades as the recognition of freedom from slavery.

Freedom from slavery was celebrated by many other names: Freedom Day, Jubilee Day, Liberation Day, and Emancipation Day.

Emancipation Day, Freedom Day, August 8 Day As other states began to commemorate the freedom of all citizens, including formerly enslaved people, communities throughout the Commonwealth followed suit. Through online research of historical newspapers, the Kentucky Historical Society's online resources, and others, documentation of either Emancipation Day celebrations and Eighth of August Days were publicized as being held in the following Kentucky towns.

This Public Broadcasting Corporation, through KET, presented a video about Eighth of August celebrations of emancipation in Kentucky.​

In 2003, the Caucus hosted its first Black History Month celebration, an event which has continued annually (click on the YouTube video to view the 2021 event). In February of each year the Legislative Black Caucus brings together leaders from around the Commonwealth to reflect on accomplishments made and challenges ahead. For info about these & other legisaltive activities,  contact the Legislative Public Information Office, Robert.Weber@lrc.ky.gov, Capitol Annex Rm., 023, 702 Capital Ave., Frankfort, Ky. 40601; Ph. 502-564-8100  Ask to be placed on their notices of legislative events. 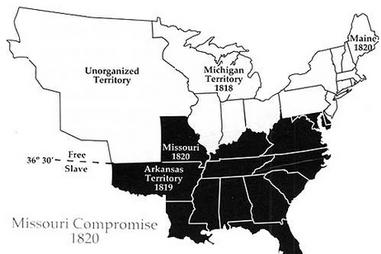 What are some events in which I can participate to celebrate Juneteenth in Frankfort?​

Virtual Juneteenth with: Josephine Sculpture Park; Focus On Race Relations; For The People; Together Frankfort

On Saturday, June 19, 2021, a group of Frankfort's organizations are holding virtual celebrations of Juneteenth. Josephine Sculpture Park, Focus On Race Relations: Frankfort (F.O.R.R.), For the People Coalition (further described below), and Together Frankfort are planning virtual events for children and adults.  These will be announced shortly. Sign up here to make sure that you are on Together Frankfort's email list to receive announcements.

As part of this 2021 Frankfort Juneteenth coalition, Together Frankfort has assembled this information (both historical and current) about Juneteenth, as a resource to the Frankfort and Franklin County, Kentucky, community. We recognize it is only a first step and not nearly complete.  If you have recommended additions, please share them with us through this link. You can also use the link to share your story about how you celebrate Juneteenth.

It is our hope that:

Each . . .  . . individual in Frankfort and Franklin County;

Each  . . . . . organization, civic group, youth group, or club in Frankfort and Franklin County;

​Each  . . . . . church or gathering of those of faith in Frankfort and Franklin County;

Each  . . . . . business or industry, large or small, in Frankfort and Franklin County;

Each  . . . . . elected official, partisan or nonpartisan, elected by those in  Frankfort and Franklin County;

EVERYONE can study, learn, engage in dialogues, share, and take action to address the history of slavery, the Emancipation Proclamation & Kentucky's tortured relationship to emancipation, the 13th Amendment, and the work still needed to right the wrongs of racism.

We challenge all local organizations, businesses, government officials, churches, as well as state and national entities, to consider actions appropriate to the group. Read. Watch. Listen. Visit. Engage! Here's some ideas for starters! Read books (to children, with children, as a family, as part of a Sunday School class); view online videos referenced, as a family or organization; visit the agencies, the university, or the historical sites, individually, or as a group.​

~  Juneteenth for Mazie by Floyd Cooper

~  All Different Now: Juneteenth, the First Day of Freedom by Angela Johnson. Also book is also available, read aloud, on YouTube, thanks to the New Hampshire Humanities Council

~  Juneteenth (On My Own Holidays (Paperback) by Drew Nelson

​If you would like to purchase these or any other books related to emancipation, slavery, Juneteenth or related topics, contact our own Poor Richard's Books, in downtown Frankfort. You can call ahead to order (ph. 502-223-8018), or email poorrbooks@aol.com.  Or visit them at 233 W Broadway St., Frankfort, KY.

To read, listen, converse and learn, join a local Book Club - While at Poor Richards, you can view the many selections read by the Frankfort group, Frankfort Anti-Racism Advocates or F.A.R.A. The club meets on the fourth Tuesday of each month at 6:30 pm., with Zoom meetings until otherwise established. Before COVID-19, F.A.R.A. met at the  Paul Sawyier Public Library. To join F.A.R.A.'s book group, click on either name, David Rome or Carol Baughman, to email the folks who facilitate the group; or if you're on Facebook, click on the link and ask to join the Frankfort Anti-Racism Advocates group.

Or, you could work with Poor Richard's Books to establish a local Juneteenth Book Group! Several online Juneteenth book groups are open to online participants.

Watch videos online or check them out from the library! A wealth of educational videos emphasizing lessons to be learned from studying America's involvement in enslavement, the Emancipation Proclamation, the Jim Crow Era, and present-day issues of racial injustice.

The following list only a few of those available online for free, and for purchase from various sources.

Kentucky Educational Television (KET) offers a range of historical shows  & online resources related to Emancipation, slavery, Juneteenth, and related topics. View these with family & friends, or on your own. Click on the links below:

As home to Kentucky's state government and the Commonwealth's only public HBCU, Kentucky State University, the community provides untold resources about the history of slavery, emancipation, Jim Crow, voter suppression, and other related topics. (A listing of Kentucky's major African American heritage sites & resources OUTSIDE Franklin County, follows this section.) Contact or stop by one of these many state agencies in Frankfort, with specific roles in African American history, emancipation, or related issues:

2. Kentucky Black Legislative Caucus - Frankfort is home not just to the state's executive branch government, but also to the legislative and judicial branches. Made up of the People of Color and African-Americans elected to Kentucky's General Assembly, Kentucky's Black Legislative Caucus provides educational and networking opportunities for Frankfort/Franklin County's residence, beyond those in the state's Executive branch of government.

​Visit Frankfort's two of the 43 sites on Kentucky's Slavery & Emancipation History Tour. (Did you know Kentucky has a history of slavery & emancipation trail?) After visiting these, read about or travel to 41 other sites around Kentucky.

​~  The Frankfort Barracks. The Frankfort Barracks (built 1871) in south Frankfort on Shelby Street, were constructed by local master mason Alexander Brawner & leased to the US military from 1871 - 1876. The atrocities that were committed against freedmen & freedwomen of Kentucky during the reconstruction era were readily documented by the Freedmen’s Bureau. Incidents including the stabbing of former United States Colored Troops soldier George Mukes after he attended an African American political meeting in Frankfort in 1872 were all too common, especially after black men obtained the right to vote.  ​​​

Kentucky State University, the only institution of higher education in Franklin County, KY,  was chartered in 1886, as a small normal school for training of black teachers for Kentucky's black schools. KSU's doors opened on Oct. 11, 1887, with 3 teachers, 55 students, and John H. Jackson as president.

Kentucky State College became a university in 1972, and in 1973 the first graduate students enrolled in its School of Public Affairs.

The Commission’s mission is to:

~ Promote community service in honor of the principles taught by Dr. King.

~ Provide advice & assistance to local governments & private organizations with respect to observance of the holiday.

On MLK Day 2021, the Commission announced the statewide MLK Awards, including youth awards. Kentucky students had been challenged to answer the question, through essays, poetry & art, of how MLK would inspire the nation if he were still alive. The following Frankfort/Franklin County students received awards; click on each student's name to read the poem or essay or to see the art work.  Read the poems or essays with your family or civic organization; print out one of the art pieces & share with your organization; conduct your own essay/poem contest!