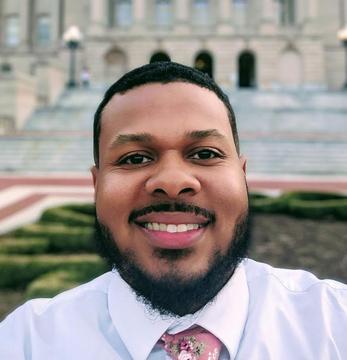 and Fayette Counties. The map on the right identifies House Dist. 56 indicated in light yellow on the map. The following two candidates are vying for HD 56. 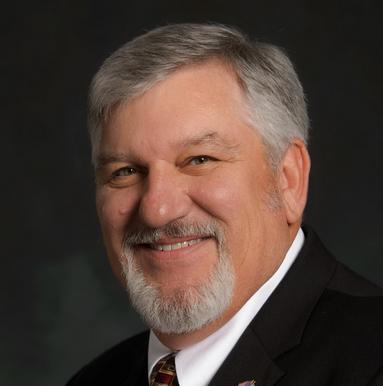 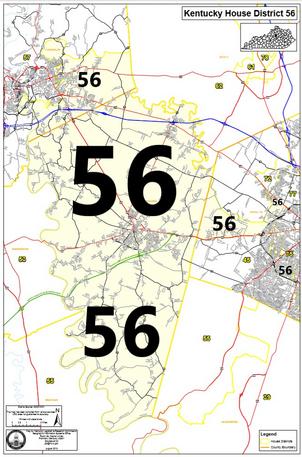